LinkedIn’s recent IPO performance appears to have crushed the perception of big named company IPOs from Facebook, Yelp, Zynga, Groupon and Pandora. Based on their recent closing price, LinkedIn is up 141%. According to BusinessInsider Linkedin is, “the best-performing IPO this year by a huge margin. The next closest competitor, Bankrate, is up about 28 percent from its initial public offering.”

Timing may have been a factor for LinkedIn’s success. They have also seen consistent growth in unique visitors. Investors waiting for highly anticipated IPOs like Facebook may have helped increase the success of LinkedIn as well.

Although Facebook has had a lot of negative press regarding its IPO, CBS news reported that Facebook’s IPO was actually a success. CBS explained, “LinkedIn (LNKD) shares popped from the start in the professional networking company’s 2011 IPO and more than doubled in the first few days.”  Investment bankers made a bundle. This led people to think Facebook had been a flop. However, CBS author Allan Roth explained, “my definition of a successful launch of a new publicly traded stock doesn’t rest on how much money the investment bankers make. It rests on how close the offering price is to where the stock actually trades. The fact that Facebook shares closed at nearly their offering price tells me that that investors thought it was fairly priced. That’s pretty amazing, in my view, given all the hype over Facebook.”

Colin Lokey from SeekingAlpha explained that when comparing Facebook to Linkedin, fundamentals show that Linkedin is overvalued. Lokey warned, “Investors should of course, keep in mind that the fact that LinkedIn is far too expensive doesn’t mean Facebook is fairly valued at half of LinkedIn’s price.”  Prices have been affected by the recent Facebook IPO. Yahoo’s Finance writer Jeff Macke did not share Lokey’s opinion on pricing when he stated, “Linkedin stock has been dragged down over the last few weeks by the undercurrent of the Facebook Titanic.” He sees LinkedIn as a “screaming buy”.

Only time will tell how well LinkedIn and Facebook will perform. BizJournals recently quoted Linkedin’s CFO Steve Sordello about the importance of a company’s IPO results. “”An IPO is a one-time event, and what really matters is the long term. If it rains on your wedding day, you’re going to remember it rained but it’s not going to influence the marriage.”

Loss Leaders and the Old Bait and Switch

Go Daddy is in the news right now due to their consideration of global expansion. One of the ways they have become so successful is that they utilized a marketing technique where they offered a “loss leader”.  For those who have not taken a business course, this term may not be familiar.  The Business Dictionary defines a loss leader as a, “Good or service advertised and sold at below cost price. Its purpose is to bring in (lead) customers in the retail store (usually a supermarket) on the assumption that, once inside the store, the customers will be stimulated to buy full priced items as well.”

In Go Daddy’s case, they charged customers only around $10 to register domains while their competition charged closer to $35.  The Arizona Republic reported, “Then, they were able to capitalize on that by figuring out that domain names are a loss leader or a low margin item, and the way you really make money in the business is not with the domain names, but it’s with everything else that people buy with them.”

How does a loss leader differ from what people refer to as the “old bait and switch”?  First of all, the old bait and switch is considered fraud.  “Customers are “baited” by advertising for a product or service at a low price; then customers discover that the advertised good is not available and are “switched” to a costlier product.”  This is considered false advertising.

The use of loss leaders is a smart marketing move because it gives customers what they want at a lower price and allows companies to make more money on any additional items purchased.  The old bait and switch is illegal and causes a loss of business in the end through word of mouth about shady practices.

The following is a list of the estimated value of some of the top companies in 2011.  They are listed in order of highest to lowest value.

Apple – TechCrunch recently reported that Apple’s value is now worth as much as Microsoft, HP and Dell combined.  Valued at over $300 billion, Apple continues to grow.  For more specifics, click here:  Apple Value

Google – Google’s value has been estimated to be $192 billion as of January, 2011.  For more specifics on this income including Larry Page and Sergey Brin’s net income, click here:  Google Value.  Youtube – Recent estimates put Youtube’s value around $1.3 billion.  Google paid $1.6 billion for Youtube in 2006.

Groupon – Recent estimates put Groupon’s Value at as much as $25 billion.

Twitter – It is suggested that Twitter’s value is around $7.7 billion. 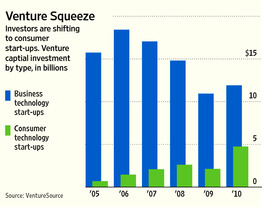