Several studies have shown that online communication has facilitated friendships, honesty and sense of belonging.  New research is showing that Facebook time may actually improve people’s empathy as well. The Wall Street Journal reported that, “The more time on Facebook subjects in a recent study spent, the more empathy they said they felt online and off.”

This information may come as a surprise with the number of reported cyber bullying cases. Internet Solutions for Kids reported that 17% of 13- to 18-year-olds were bullied online in the past year. However, this is low compared to the reported 40% in-person bullying. 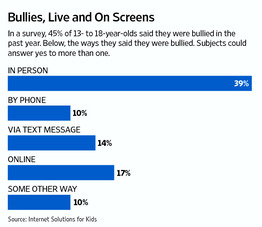 Fear of dealing with social settings has led many to online platforms like Facebook, MySpace and Twitter. Some newer studies have shown that this form of online communication can be helpful for those who are shy or introverted and who may normally find social settings stressful.  The WSJ article noted, “In a study of New York University students who described themselves as either socially anxious or non-anxious, participants were randomly assigned to interact in groups of three, either in-person or through an Internet chat room.  Anxious students reported greatest shyness and discomfort than non-anxious students in face-to-face groups.  In the chat room, however, they said they felt significantly less shy, more comfortable and better accepted by their peers.”

The American Psychological Association (APA) reported some results at a Washington, DC conference this year from 1,283 people aged 18-30.  This group was asked about their time spent online and its impact on how much empathy they felt toward their online and offline friends.  The participants reported “a significant amount of empathy online, and that the more time college students spent on Facebook, the more empathy they expressed online and in real life.”