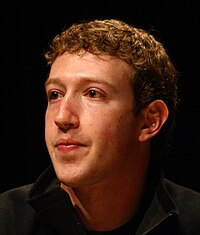 Mark Zuckerberg’s name is mentioned just about everywhere these days due to the popularity of the latest movie about the creation of Facebook.  In our book, The Young Adult’s Guide to Understanding Personalities, Toni Rothpletz and I give a lot of examples of celebrities with different personality types based on the Myers-Briggs Type Indicator or MBTI.

INTJforum.com recently posted that Mark Zuckerberg’s type would be an INTJ.   I’ve seen other chatrooms debate whether he was INTJ or INTP.  I think most people would agree that he is an introvert that is intuitive and creative so the IN part seems a no brainer.  The T part is also probable due to the fact that T personalities make their decisions based on facts and figures.

The only part that seems up for debate would be the J or P.  The J personality is more structured and on time.  The P personality is more spontaneous.  In the movie, The Social Network, they portray Zuckerberg as more of a J personality.  However, that movie is not necessarily based on 100% fact and had some creative license in how the story was told.  This has been confirmed by Zuckerberg and the creators of the film.  However, based on other things I have read about Zuckerberg, I would go tend to go think he is an INTJ personality, as he does appear to be more structured.

0 thoughts on “What is Mark Zuckerberg’s Personality Type?”